Punishment alone isn't the deterrent many think it is, ASU professor says in new book

A 5-year-old steals and eats a grape at the grocery store. A teenager “rolls” past a stop sign without really stopping. An adult decides not to report cash earned from a gig on a tax return.

Knowing one might get in trouble for doing something wrong isn’t quite enough to keep many on a straight and narrow path, and punishment isn’t the deterrent people often think it is, says Adam Fine. Fine, an ASU assistant professor in the School of Criminology and Criminal Justice at Arizona State University, has co-written a book on misbehavior to be published Oct. 26.

The book cites several examples of attempts by authorities to encourage behavior and discourage misbehavior, some that worked and some that didn’t, such as:

There’s also an example about rangers dealing with the illegal removal of petrified wood from Arizona’s Petrified Forest National Park.

Here, Fine talks about the origins of the book, some of its engaging examples of combatting misbehavior and what he and Van Rooij hope the book might accomplish for an imperfect public.

He said he and Van Rooij hope readers will use tools they provide to change misbehavior wherever they observe it, among children, employees, students, people on probation or parole or those reentering their communities.

“We hope that this book helps us move beyond just punishment and look at the mechanisms that actually change behavior,” Fine said. Question: What gave you the idea for this book?

Answer: This book came out of conversations that my co-author Benjamin van Rooij and I had years ago. Benjamin comes from a law background; I come from a psychology background. Both of us came to realize that the way law impacts behavior actually isn’t that clear.

We trust the creation, design and implementation of law to lawyers. Lawyers tend to think of punishment, of incentives, of getting the right ratio of costs and benefits to deter people from committing crime. They focus on such positive and negative incentives because that’s the way they’re actually trained. So what we (in society) are doing is leaving the design and implementation of law, the most important system that we have to keep society safe and reduce misbehavior, in the hands of lawyers, who have zero training in behavioral science. Yet when we look at the science of how law gets to shape behavior, we see that it does not really work as lawyers think it does. There is so much more than punishment and other incentives at play.

Q: The book gives several examples of behavioral encouragement or discouragement. Tell us about one of them.

A: We have really fun, interesting examples. Here in Arizona we have the Petrified Forest (National Park). We have these beautiful pieces of petrified wood that are really irreplaceable and incredibly valuable. We let the public come into this public park and look at these pieces of petrified wood. Now, the park rangers realized that there was a ton of petrified wood theft that was totally destroying this park, removing what was making this park beautiful. When the rangers tried to reduce the theft of this wood, they followed their intuition (by posting “don’t steal” signs) and ended up actually increasing the amount of theft. So they started teaming up with behavioral scientists.

One thing they learned is that the way you communicate “don’t steal” types of messages to parkgoers really matters. When you show a sign that shows a single thief, it has a huge difference on the amount of theft that takes place compared to a sign with multiple thieves, because the sign with multiple thieves makes it seem that a lot of people are actually doing it. A sign with a single thief makes it seem like a lone wolf.

Beyond that, they also tried to do things like “conscience piles,” where they let people who had stolen the wood then drop it off in these piles on their way out of the park. So the idea was, hey, by the way, you’re stealing our heritage, you’re stealing what makes our park beautiful, so you need to drop off these pieces on the way out. It’s a no-brainer. It makes a lot of sense. If you want to stop people from stealing, then have them drop the things they’ve stolen on the way out. But the problem is they let these piles build up to the size of a pickup truck. So when people who had stolen these pieces of wood were leaving the park, they saw these giant mounds of wood, and they thought, wow, it looks like a lot of other people are stealing, too. I might as well take this along with me. 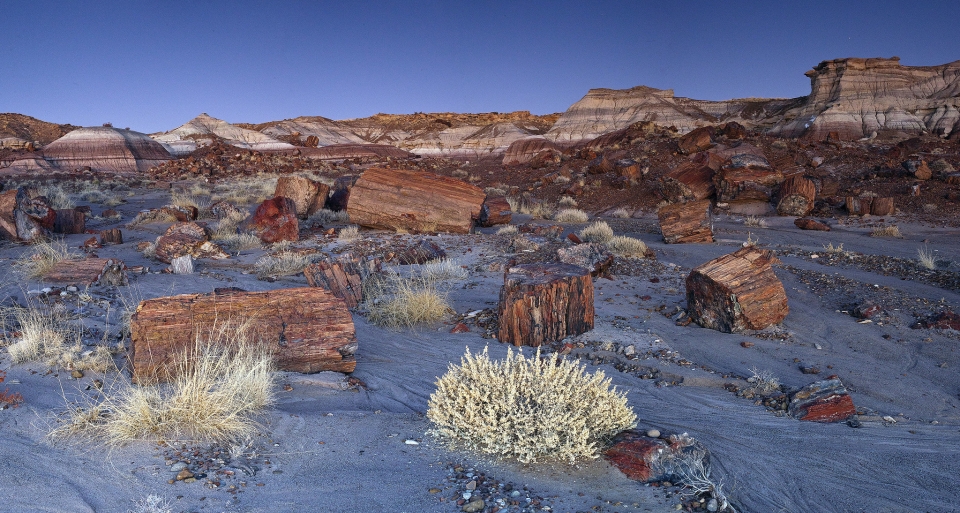 Q. There are also some more serious examples.

A. We also have some really devastating examples. One that is really, really hard involves a man who was sentenced under the Three Strikes Act. Gary Ewing got his third strike by trying to steal three golf clubs from a pro shop. And because it was his third strike, he was sentenced to 25 years to life in prison for stealing golf clubs.

Now the interesting idea behind these three-strikes laws — three strikes and you’re out — is that they can be incredibly counterproductive. Put yourself in the shoes of someone with two strikes and is committing the third strike. (They’re saying), "If I’m going to get arrested and face 25 years to life, no matter what kind of offense I do, I’m going to go out in a blaze of glory, aren’t I? I’m going to take this to the extreme."

One of the interesting things that we talk about in our book is that we give people the science to change human behavior, the tools they should have in their tool kits to change behavior … but the science is so hard for people to swallow, to internalize. And part of it is that we’ve been raised in this culture. Any time there is a misbehavior, we punish and the science is hard to interpret. A Supreme Court justice, in a case of about the constitutionality of redistricting, called it “sociological gobbledygook,” because he couldn’t understand what the science meant and how to apply it. What we do is take the science out of the ivory tower and we translate it into digestible bits for folks who want to change behavior. 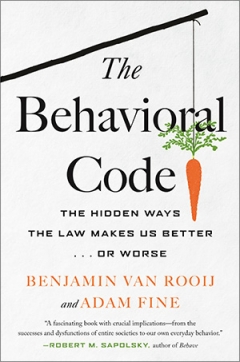 Q: Are many people so resistant to doing the right thing that they have to be “psyched,” for lack of a better term, into exhibiting proper behavior?

A: A lot of the challenges we face when we want to change misbehavior is that we almost always assume people are rational, that they’re going to weigh the pros and cons of the offense compared to what punishment they will receive before they act. That comes from something we call deterrence theory. We think that if we make the punishment serious enough, then the little kid in the grocery store is never going to take that grape, that someone like Gary Ewing is never going to steal those golf clubs because it’s going to result in a 25-years-to-life sentence if he gets caught. We think that people are going to be rational. But people aren’t always as rational as we think, and punishment doesn’t work the way we think it works. We always think of making the punishment more severe, but what actually changes behavior is how likely is it that you’re going to get caught in the first place. ...

Q: This is reminiscent of the debate over whether the death penalty is a deterrent.

A: One of the things we talk about in the last chapter of the book is the idea of what we think is personally morally right drives what we think is effective. So if you think the death penalty is morally just, morally appropriate or morally required, you’re more likely to accept the few studies that are out there that says the death penalty actually works (to deter crime). If you are one of those who think that it is unjust … you’re going to accept the findings of studies that are out there that say the death penalty actually doesn’t keep us safe.

In this book, we talk about how conversations about the criminal justice system tend to focus on what is just. Of course, it’s critical to pay attention to what is just, but we also need to be discussing what is actually effective in preventing injustice. We are missing a part of the problem here.

Q: This isn’t written as an academic book, but one that the public can easily gain insights from. What are your hopes for the book’s results?

A: A large part of the book is focused on law. It’s focused on teaching how to approach misbehavior to keep us safe. But many of the people who are most excited about this aren’t lawyers, politicians, judges. They’re people like parents, teachers, CEOs or managers in companies. They are people interested in changing everyday misbehavior around them. The lessons we apply here to law can apply to virtually every type of misbehavior that you see.

The biggest takeaway that we want people to have from the book is knowing that we need to move beyond just punishment. When we focus just on punishment, we are focusing on something that is pretty ineffective by itself. It’s necessary, but it’s not enough.

Fine and Van Rooij will make a virtual appearance at 7 p.m. Tuesday, Oct. 26, on the Changing Hands Bookstore website. A fee will be charged. Buy tickets here, sponsored in part by the School of Criminology and Criminal Justice-based Center for Public Criminology. The book is now available on preorder.