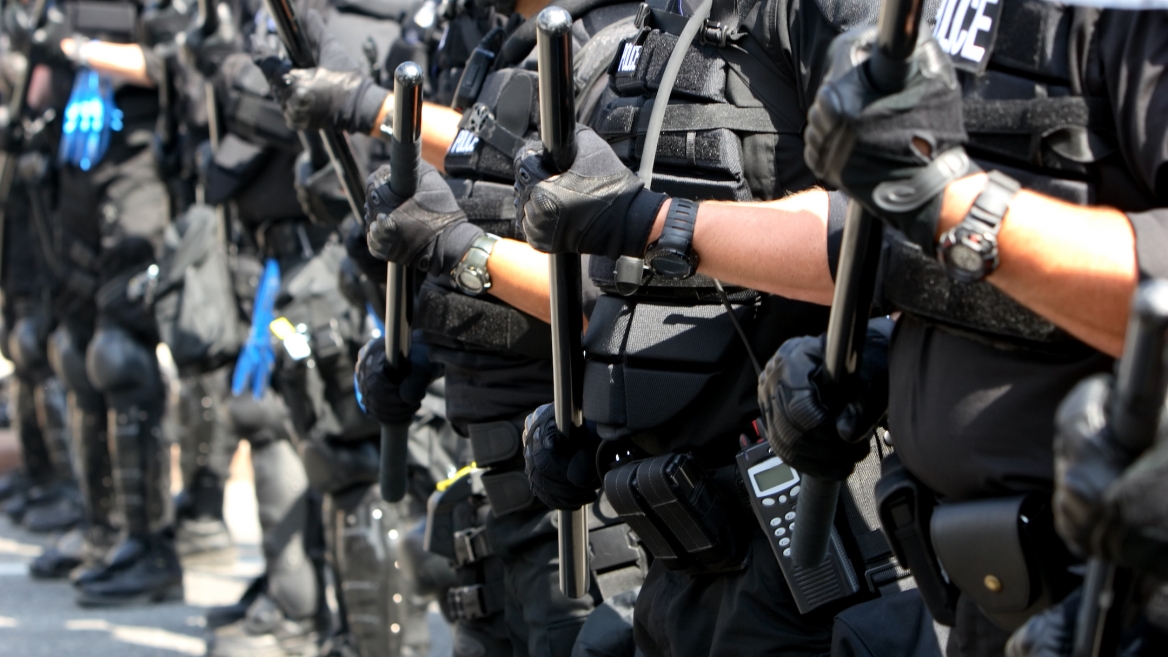 Is defunding the police a good idea?

“Defund the police” has been a popular rallying cry at recent protests across the nation.

Originated by the Black Lives Matter movement and police reform activists, the slogan was introduced to the public last week and is quickly picking up steam with politicians, city councils and mayors throughout the country.

But what does it really mean? Do away with the police altogether? Severely slash their budgets? Or using police funds to set up or bolster existing social programs revolving around education, prevention and community-based activities? And is it a good idea or an overreaction?

Kevin Robinson, a lecturer in Arizona State University's School of Criminology and Criminal Justice and a retired police officer, spoke to ASU about the idea. 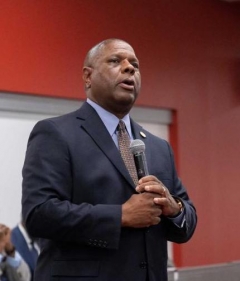 Question: Out of the George Floyd protests has emerged a call to “defund the police.” What is your initial knee-jerk response to that?

Answer: My initial response to such a rallying cry is that it’s misguided: a better, more appropriate term would be “re-allocation” of portions/segments of police department budgets. Realistically speaking, the tightening of a police department’s budget is not a bad idea. A thorough review of what it is spending its money on is always warranted. Program effectiveness should be the determining factor as to whether or not a program continues into the following budget year/cycle. Programs that are effective in helping to attain the overall department’s mission should be renewed; if a program is lacking in its overall effectiveness, it should be curtailed.

Q: You managed a half-billion-dollar budget for the Phoenix Police Department for three years. How tight are those budgets and what should the public know?

A: Most budgets are fairly tight because of all of the fixed costs. The largest portion of any police department budget are its personnel costs. Consider the equipment that it takes to outfit a police officer, the constant training that's required to reduce liability, and besides an officer's salary there are the fringe benefits that must be contractually maintained. We, the Phoenix Police Department/city of Phoenix, used a blend between a line item budget and a zero-based budget, which allowed for flexibility in some situations and a more rigid adherence to the budget in other. Another “fixed” cost that exists that people don't always think about, but is very costly, is vehicle maintenance. Consider the following; an average patrol car in an average police department logs about 65,000 miles per year, then consider wear and tear on the tires, oil changes, battery replacements and any other miscellaneous problems that might occur in a vehicle that's used 16 to 18 hours a day, seven days a week. It gets very expensive, and that's just for the vehicles.

Q: What did you think of Los Angeles’ recent decision to cut $150 million from its $3 billion police department budget to divert to social programs?

A: L.A.’s decision to cut up to $150 million from the LAPD budget will require a thorough vetting of each and every program, unit, bureau and division within the department. It’s not that it can’t be done, it’s just that something will have to give in order for the city to make such an adjustment. Based on what I read about the proposal, the police chief is pushing back, explaining that he believes everything in their budget is vital. Ultimately, if the decision is made to take that out of the LAPD budget, the chief and his staff will have to figure out where to make the adjustments. Possibilities would probably include, but are not limited to, the reduction of the flight hours of its helicopter fleet, reduce hiring by a certain percentage for the upcoming year(s), discontinue investigating traffic accidents that don’t result in serious injury, or discontinue responding to residential burglar alarms. Each of these possibilities would free up monies or manpower — less work, less officers are needed — that could go towards the stated $150 million dollars. Like I said, it can be accomplished, but at what price?

Q: Do social programs aimed at youth and adults in reducing criminality work, and do they go hand-in-hand with police work?

A: Studies have shown, and my personal experience has demonstrated, that effective social programs can reduce criminality in adults and juveniles. One example, after-school programs have proven to be successful in keeping young people out of trouble by offering an alternative, usually a safe, supervised environment during the hours that juveniles are likely to commit or become a victim of a violent crime. It’s about giving a vulnerable population positive options.

Anecdotally speaking, the Phoenix Police Department had a Police Activities League (PAL) program for years in several low-income areas. The Police Department partnered with the city Parks and Recreation Department, school districts and businesses to deliver this alternative. Kids in these neighborhoods had a place to go to after school, get tutoring, help with schoolwork, in some cases get a healthy meal and engage in various activities while interacting with police officers in a positive environment. In the areas and times that these programs were in existence, we experienced a downward trend in juvenile-related crime and victimization while these programs were in place and fully operational.

Q: What is the impact going to be on communities if police departments are defunded going forward?

A: The impact will be notable, if not profound. Dependent upon the size of the “defund” and what is eliminated, because that’s what will have to be done, decisions will have to be made which services will cease to be the responsibility of law enforcement. Crimes are usually committed by individuals who weigh the possibility of getting caught — when the likelihood of getting arrested is high, the likelihood of the crime being committed is low. So, conversely, if there is a low likelihood of apprehension there will be more crimes committed — more people victimized.

Q: What would your suggestion be in regard to incorporating social programs with police work?

A: My suggestion to incorporating social programs with police work — the more the better. What most social programs offer is an alternative, and if early intervention is a way to reduce/eliminate crime, it should be the goal of every police department in the country to engage further in such programs.